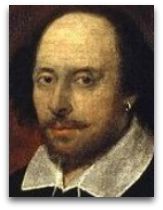 Overview
In 1603, Shakespeare, in his Othello, the Moor of Venice, commented on puzzling issues surrounding the fire theory of life, riddled form: [1]

“I know not where is that Promethean heat, that can thy life relum.”

Shakespeare’s quote was commented on further by English thermodynamicist Alfred Ubbelohde in his 1954 discussions on thermodynamics and life, concluding to the affect that scientists in his day were not much above Shakespeare in their thermodynamical understanding of the origin of life. [2]

Human chemistry
English chemical physicist Philip Ball argues that alchemical imagery lies at the core of several of Shakespeare’s works, most notably his 1606 King Lear, where the tribulations of the king can be seen as symbolizing the transformations in alchemy that were supposed to produce the “Red King”, a substance in route to the Philosopher’s Stone. [3]

Two cultures
The works of Shakespeare as contrasted with the works of Rudolf Clausius are said to be what defines the “two cultures” of modern-day intellectuals, as famously stated by English physicist Charles Snow in his 1959 Rede Lecture “The Two Cultures”, wherein he comments: [4]

“A good many times I have been present at gatherings of people who, by the standards of the traditional culture, are thought highly educated and who have with considerable gusto been expressing their incredulity at the illiteracy of scientists. Once or twice I have been provoked and have asked the company how many of them could describe the second law of thermodynamics. The response was cold: it was also negative. Yet I was asking something which is about the scientific equivalent of: Have you read a work of Shakespeare's?”

In 2002, New Trier High School, Illinois, assigned a project, entitled “It’s all about Bonding: How Humans, Animals, Chemicals, and Natural Forces, have Conflicted in Time, but Also Worked Together”, wherein students were asked to consider how elements and chemical species chemically bond or conflict, and to think about how these polar opposite processes of bonding and conflicting play out in life, specifically in human relationships, in the form of human chemical bonds. [7]

In this assignment, it was argued that by studying how elements interact and bond to each other, students might learn about how humans interact and bond with each other. Suggestive queries were ‘how does electrical attraction promote bonding in certain species,’ or ‘how do incongruent physical shapes between compounds can promote debonding,’ and ‘why does the famed opposites attract scenario occurs in chemistry?’, etc. One interesting suggestion was to try to determine what kind of hypothetical chemical bond Romeo and Juliet had in their high-energy relationship.

American electrochemical engineer Libb Thims mentioned this "human chemical bonding" homework assignment in his 2007 Human Chemistry textbook; and sometime in the following year, circa 2008, stopped down and talked to the principle, a friend of his, about giving a talk to the science department on human chemistry; the result of which Thims donated some of his textbooks to the school to be used by the science department. [8]

Quotes | On
The following are quotes on Shakespeare:

Quotes | By
The following are quotes by Shakespeare:

“Love looks not with the eyes, but with the mind.”

“I’ll not be made a soft and dull eyed fool, to shake the head, relent, and sigh, and yield to Christian intercessors.”

“Fate, show thy force; ourselves we do not owe;
What is decreed must be, and be this so!”

“For there is nothing either ‘good’ or ‘bad’, but thinking makes it so.”