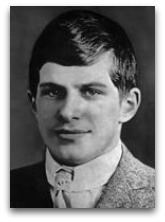 Overview
In 1920, Sidis, in his The Animate and the Inanimate, on the general topic of animate and inanimate things, set forth the view that life is a "reversal of the second law"; a book in which he also postulated the existence of dark matter; he following is the opening abstract: [1]

“This work sets forth a theory which is speculative in nature, there being no verifying experiments. It is based on the idea of the reversibility of everything in time; that is, that every type of process has its time-image, a corresponding process which is its exact reverse with respect to time. This accounts for all physical laws but one, namely, the second law of thermodynamics.”

Education
In 1914, at age 16, Sidis completed his BS at Harvard in mathematics.

Sun spot cycles | Social revolutions
In 1918, Sidis wrote a paper entitled “A Remark on the Occurrence of Revolutions”, on climatic change and revolutions, wherein, building on English physical economist Stanley Jevons’ sun spot cycle theory of industrial cycles, which he does not agree with, he identifies sun-spots as contributing indirectly to revolts and revolutions. [8]

Of interesting curiosity, Sidis, with his 250-300 range IQ citation:

“I have tested more than five thousand people. Of all the mentally superior individuals that I have seen, nobody begins to approach the intellect and perspicacity of William Sidis. According to my computations, he easily had an IQ between 250 and 300.”

Good Will Hunting | 10 percent myth
See main: Good Will Hunting (William Sidis); 10 percent myth
The life of Sidis, of notability, served as the basis for the 1997 film Good Will Hunting, about a outcast prodigy who stuns students and professors at MIT with his ability to solve baffling problems with easy and to have a retention memory down to the reference, sentence, and page number level; Sidis is also the person behind the now-famous 10% myth, a theory originated by his father Boris Sidis and his mentor William James at Harvard. [4]

The Animate and the Inanimate

See main: The Animate and the Inanimate

Sidis' The Animate and the Inanimate, which he began working on in 1916 (age of 18), finished in 1920 (age 21), and eventually published as the 1925 was the only published book by him in which he used his own name, signifying it as his self-defined greatest work. [2] Sidis stated that he was at first hesitant to publish this theory, but that he gained confidence on discovering the following quotation by William Thomson:

“It is conceivable that animal life might have the attribute of using the heat of surrounding matter, at its natural temperature, as a source of energy for mechanical effect . . . . the influence of animal or vegetable life on matter is infinitely beyond the range of any scientific enquiry hitherto entered on. Its power of directing the motions of moving particles, in the demonstrated daily miracle of our human free-will, and in the growth of generation after generation of plants from a single seed, are infinitely different from any possible result of the fortuitous concurrence of atoms.”

With this fuel of support, building on the "reserve energy" theories of American psychologist William James (whom Sidis was named after), in which a person is theorized to have latent mental stores of energies (such as second or third winds of thought), along with English physicist William Thomson's views on life and the second law, and Scottish physicist James Maxwell's conception of an intelligent demon able to circumnavigate the second law, Sidis used a theory of probability to argue that a vital force exists in living matter able to supply available energy, in a converse manner to entropy (unavailable energy) such that: [1]

Maxwell's demon, however, was supposedly exorcised by Hungarian-American physicist Leó Szilárd in 1929; a proof that lays question to Sidis' theory. [3]

Economics
The following is a popular 1938 quote by Sidis: [5]

“The laws that govern the structure of an economic system cannot, in the nature of things, be set aside or altered by anything a mere government can do.”

End years
After returning to Boston, Sidis got a small South End apartment, took clerical jobs, and went on with his writing, living in relative seclusion. He began to be jarred again when in August 1937, Boston Sunday Advertiser and the New Yorker ran articles about him. The New Yorker piece, bylined "Jared L. Manley" but reworked by James Thurber, was titled "April Fool." Sidis had had enough. He sued both publications. The Advertiser eventually settled for $375. In a breach-of-privacy suit against the New Yorker, the court ruled that Sidis could not claim privacy rights because he was still a public figure. In 1944 the magazine paid a reported $500 to settle a companion suit for malicious libel. Sidis died of a cerebral hemorrhage three months later. He was 46. [4]
Quotes | On
The following are quotes on Sidis:

“Gauss is the only example in history, of all prodigies, whom Sidis resembles.”

“If any man since Leonardo had universal knowledge, it was William Sidis.”

“Young Sidis was truly an intellectual phenomenon. His childhood achievements ranked with those of John Stuart Mill, Thomas Macaulay, and Johann Goethe.”

Quotes | By
The following are quotes by Sidis:

“In order to effect any sweeping change in society, it is absolutely essential to produce a discontinuity — that is, a break in continuity. The theory of social continuity shows that. without this, the old continuities will necessarily tend to pull things back to the past.”

References
1. (a) Sidis, William J. (1920). The Animate and the Inanimate (WB). Draft stage 1916; Formerly published: R.G. Badger, 1925.
(b) Sidis predicted the existence of regions of space where the second law operated in reverse to the temporal direction experienced in our local area; meaning that everything outside of the galaxy would be such a region. Sidis claimed that the matter in this region would not generate light.
2. (a) Sidis published the 1935 book The Tribes and the States under the pseudonym "John W. Shattuck" and also wrote a treatise on streetcar transfers under the pseudonym of "Frank Folupa".
(b) Notes the Collection of Sidis' pseudonyms - Sidis.net
3. (a) Szilárd, Leó. (1929). “On the Decrease in Entropy in a Thermodynamic System by the Intervention of Intelligent Beings”, Zeitschrift fur Physik, 53, 840-56.
(b) English translation of “On the Decrease in Entropy in a Thermodynamic System by the Intervention of Intelligent Beings” by Anatol Rapoport and Mechthilde Knoller in Maxwell’s Demon 2 (pgs. 110-19) by Harvey Leff and Andrew Rex.
4. Anon. (1998). “Good Will Sidis”, Harvard Magazine, March.
5. Sidis, William J. (1938). “The Past is the Key to the Present”, Continuity News, No. 6, Oct. (found in Helena Sidis' files in 1977).
6. Bruce, H. Addington. (1912). “Lighting Calculators: A Study in the Psychology of Harnessing the Subconscious”, McClure’s Magazine, 39: 586-96.
7. (a) Wallace, Amy. (1986). The Prodigy: a Biography of William James Sidis, America's Greatist Child Prodigy (pg. 283). Dutton Adult.
(b) Sperling, Abraham. (1946). “A Story of Genius” (pgs. 322-339), in Psychology for the Millions, F. Fell.
8. Sidis, William. (1818). “A Remark on the Occurrence of Revolutions” (foreword by: Boris Sidis) (Ѻ) (Ѻ), Journal of Abnormal Psychology, 13:213-28.