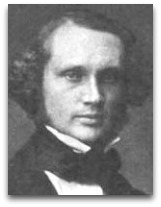 In existographies, William Thomson (1824-1907) (IQ:185|#53) (Cattell 1000:989) [RGM:726|1,500+] (Gottlieb 1000:111) [Kanowitz 50:19] [Cropper 30:5|T] (GPE:47) (SIG:6) [CR:385], aka "Lord Kelvin", was an Irish-born Scottish child prodigy turned mathematical physicist notable for being the third person to publish a paper on French physicist Sadi Carnot's 1824 heat engine theories, specifically his "On an Absolute Thermometric Scale", for his role in the formation of the Glasgow school of thermodynamics, and for his behind the scenes efforts in helping to bring together the science of thermodynamics, through his association with Peter Tait, James Maxwell, and William Rankine, among others. Thomson, in fact, coined the terms "thermo-dynamic" (1849) and "thermo-dynamics" in 1854.

Thomson vs. Darwin | Sun age
In the mid-19th century, three scientists, namely: Robert Mayer (1840s), John Waterston (1840s), and Hermann Helmholtz (1854), had posited—supposedly on a mixture of the conservation of energy and the nebular hypothesis—that gravitational contraction of mass is responsible for the radiated energy of the sun. [12]

In 1854, Thomson, like Helmholtz, was convinced that the sun's luminosity was produced by the conversion of gravitational energy into heat, and suggested that the sun's heat might be produced continually by the impact of meteors falling onto its surface; at some point, therein or thereafter, he was forced, by astronomical evidence, to modify his hypothesis to argue that the primary source of the energy available to the sun was the gravitational energy of the primordial meteors from which it was formed.

In 1859, Charles Darwin, in his Origin of Species, estimated, via crude calculation of the time of erosion occurring at the current observed rate at the Weald, a great valley that stretches between the North and South Downs across the south of England, that the earth was 300 million years old, long enough for speciation by natural selection to have occurred.

In 1862, Thomson, being firmly opposed to Darwin’s evolution theory, as it inherently negates creation theory, declared the following:

“That some form of the meteoric theory is certainly the true and complete explanation of solar heat can scarcely be doubted, when the following reasons are considered: (1) No other natural explanation, except by chemical action, can be conceived. (2) The chemical theory is quite insufficient, because the most energetic chemical action we know, taking place between substances amounting to the whole sun's mass, would only generate about 3,000 years' heat. (3) There is no difficulty in accounting for 20,000,000 years' heat by the meteoric theory. What then are we to think of such geological estimates as [Darwin's] 300,000,000 years for the ‘denudation of the Weald'’?”

Rutherford | Thomson anecdote
In 1904, a famous anecdote, retold many times, occurred during a lecture by Ernest Rutherford during his Royal Institution lecture on radium, during which time, Thomson, then aged 80, was in the audience, albeit asleep, but yet still dominating the mind of Rutherford, the opinion of Thomson, being one of the old guards of science, not to be taken lightly. Rutherford recounts the anecdote as follows: [13]

“I came into the room which was half-dark and presently spotted Lord Kelvin in the audience, and realized that I was in for trouble at the last part of my speech dealing with the age of the earth, where my views conflicted with his. To my relief, Kelvin fell fast asleep, but as I came to the important point, I saw the old bird sit up, open an eye and **** a baleful glance at me. Then a sudden inspiration came, and I said ‘Lord Kelvin had limited the age of the earth, provided no new source [of heat] was discovered. That prophetic utterance referred to what we are now considering tonight, radium!’ Behold! The old boy beamed upon me.”

Early life
In May 1830, at the age of six, William's mother died. Shortly afterwards the family moved to Scotland, where Thomson's largely self-taught father, James Thomson, had been appointed professor of mathematics at Glasgow University. Four years later, in 1832, William, age 10, and his brother James, age 12, began their studies at Glasgow University. [8]

In 1839, Scottish astronomy professor John Nichol introduced Thomson to French mathematical physicist Joseph Fourier's 1822 Analytical Theory of Heat. [5] This was his first stimulator as to the nature of heat. In 1840, Thomson came across Edinburgh mathematics professor Philip Kelland's 1837 Theory of Heat, in which it was claimed that Fourier was mostly wrong. [6] In comparing the two, as Thomson told his father, "Fourier is right, and Kelland is wrong." [7]

Thomson developed in interest in the efficiency of heat engines and the paper of Carnot through discussions on the subject with his older brother James Thomson beginning in about 1843.

In 1847, Thomson, along with his friend Gabriel Stokes, attended a session of the British Association for the Advancement of Science where he heard James Joule exhibit his paddle wheel, wherein he demonstrated how fluid friction generated heat, after which the two approached Joule and began a discussion with him. William and his brother James Thomson would later comment that the Joule's data would "unsettle" anyone steeped in the Carnot-Clapeyron version of heat, particularly the datum that heat could be generated by friction of fluids in motion. [11]

In 1848, Thomson developed the Kelvin scale of absolute temperature measurement based on Carnot's theories and in 1849 he coined the term "thermo-dynamic". [4] In 1854, defined "thermo-dynamics" as a subject. In 1851 conceived of the "heat death" theory of universal end and, in 1852, gave verbal descriptions of the second law of thermodynamics that there is a universal tendency in nature to the dissipation of energy. [1] In the years to follow this was translated as the "law of degradation" or "law of dissipation of energy". With the publication of Charles Darwin's 1859 Origin of Species, which seemed to imply the existence of a "law of elevation" in nature, a conflict erupted between the phenomenon of evolution by natural selection and the concept of entropy as loosely defined by Kelvin's universal dissipation postulate. [2] In 1874, he christened the now-famous term "Maxwell's demon".

Thomson also developed the central argument of the “heat death” theory of universal end in which the universe, in its end state, will run down to the point where there will be no more energy available for doing work due to the action of the dissipation of mechanical energy.

The idea of heat death was first proposed in loose terms beginning in 1851 by Thomson, who theorized further on the mechanical energy loss views of Sadi Carnot (1824), James Joule (1843), and Rudolf Clausius (1850). Thomson’s views were then elaborated on more definitively over the next decade by German physicist Herman von Helmholtz and Scottish physicist William Rankine.

Dissipation | Will of animate creatures

In 1852, Kelvin supposed that "there is a universal tendency in nature to the dissipation of mechanical energy" and suggested how this tendency might relate to "vegetable life" or to the "will of animate creatures". [1] Soon thereafter, people began to wonder how this universal law of physics related to or contrasted with the universal law of biological evolution as established by English naturalist Charles Darwin in his 1859 Origin of Species.

Thomson on Darwin
Thomson, and his antimaterialist allies, according to Welsh science historian Iwan Morus, regarded thermodynamics as a powerful weapon with which to counter Darwinian evolution. [9] In a series of papers in the early 1860s, appearing shortly after the publication of Darwin’s 1859 Origin of Species, Thomson argued, based on age of sun calculations, that thermodynamics clearly demonstrated that natural selection was wrong.

In 1902, Thomson proposed the first 'structural theory of the atom' in which an atom was hypothesized to have a uniformly distributed positive electrical cloud in which electrons were inserted so as to produce an equilibrium situation when the negative charges were at rest. [10]

Thomson was covertly religious in his early writings, e.g. referring to the “will of animate creatures” (1852), in regards to the second law of thermodynamics; although, to note, he was not, in these early years, as open about his religious views, say as compared to James Joule who preached in church about the mechanical equivalent of heat as responsible for the actions in Genesis. In later years, e.g. see Darwinism sun age refutation above (1860s), however, Thomson began to become more outspoken about his religious beliefs.

In 1908, James Walsh, following is obituary on Kelvin, in Catholic World, commented that those wishing to become proficient in Christian apologetics, should consult Thomson. [15]

Quotes | On
The following are noted quotes of praise:

“Thomson has the gift of translating real facts into mathematical equations and vice versa, a gift which is far rarer than the capacity for finding the solution of a given mathematical problem.”

“With the death of Lord Kelvin, on December 17 [1907], there passes away the grandest figure of contemporary science, and with it closes an epoch in the history of physics. When William Thomson was born, in 1824, Ohm's law of the flow of electric currents had not been discovered, Oersted's discovery of the magnetic action of the current was but four years old, while Faraday's capital discovery of the induction of currents was not to come for seven years. The wave theory of light had been but recently set on its feet by Young and Fresnel, and was not yet thoroughly believed, while the two laws of thermodynamics, perhaps the most important contribution of the nineteenth century, were unknown. All these things Lord Kelvin saw, and a great part of them he was. Probably no one, with the single exception of Helmholtz, born three years earlier, exercised greater influence on the science of the nineteenth century, while to compare the influence of these two great physicists with that of Darwin is as bootless as to question whether the grass is greener than the sky is blue.”

“Once Thomson had had accepted the new [dynamical theory of heat] he produced, in the course of a few years, an abundance of new ideas, which were to prove immensely important: many of them in the hands of other men, such as Clausius. Prominent among these ideas were the concept of the ‘energy’ of a body, the insight into the process of dissipation of energy, the establishment of an ‘absolute temperature scale’, the awareness of the importance of ‘transformation’ and ‘equivalence’ and, finally, the expression of the second law of thermodynamics in the mathematical form:

Finally, we note that the function C [Carnot function] was originally proposed as the measure of the work done per degree temperature difference by a unit of heat at a given temperature. It was first visualized by Carnot, refined by Clapeyron, who measured its value at five different temperatures, and by Thomson who, using Regnault’s results, extended the range of measurement an established that it diminished steadily with the temperature. It was brought into the context of the dynamical theory of heat by Clausius and finally related by Joule and Thomson to the reciprocal of the absolute temperature on the thermodynamic scale. If we turn back now to the earlier work and substitute ‘T’ for ‘C’ we can appreciate how close writers like Clapeyron were to the truth.”

“It seems to me most probable that the animal body does not act as a thermodynamic engine in converting heat produced by the combination of the food with the oxygen of the inhaled air, but that it acts in a manner more nearly analogous to that of an electric motor working in virtue of energy supplied to it by a voltaic battery. Whatever the nature of these means, whereby mechanical effects are produced in living organisms, consciousness teaches every individual that they are, to some extent, subject to the direction of his will. It appears, therefore, that animate creatures have the power of immediately applying to certain moving particles of matter within their bodies, forces by which the motions of these particles are directed to produce derived mechanical effects.”