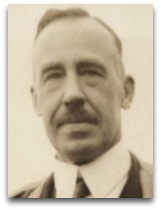 In hmolscience, William Wheeler (1865-1937) was and American myrmecological entomologist notable for his studies of insect societies, prompted him to take an interest in the structure of human societies, which led him to the work of French-Italian engineer turned socioeconomist Vilfredo Pareto, whose Treatise on General Sociology (1917 French version), in circa 1926, he introduced to American physical chemistry trained physiologist Lawrence Henderson.

Henderson | Pareto
In 1926, Wheeler introduced American physical chemistry trained physiologist Lawrence Henderson to the works of French-Italian engineer turned socioeconomist Vilfredo Pareto, whose Treatise on General Sociology (1917 French version), while Henderson was recovering from illness (see: genius hiatus effect). Henderson, supposedly, resisted at first because he did not think much of sociology, but the agreed to read the book on Wheeler’s recommendation. [1] Henderson, in 1937, would later comment: [2]

“Wheeler had always read some book that other people read later—often at his instigation.”

This fortuitous suggestion, by 1932, resulted in the launch, via the lead of Henderson, of the influential decade long operational Harvard Pareto circle (1932-1942).

American psychologist Burrhus Skinner gives a rather detailed account of the Pareto book recommendation as follows: [3]

“Pareto’s influence had reached Harvard through a strange accident: Professor L.J. Henderson, who may be remembered longer for his Fitness of the Environment than for his pioneering work in the chemistry of blood, had ulcers. In the middle or late twenties he was recovering from an attack in a hospital in his beloved Paris [see: genius hiatus effect], when his friend William Wheeler, the entomologist, brought him a copy of Pareto’s Traite. Henderson read it with complete absorption during the rest of his stay in the hospital and on the voyage back to America, and he returned to Cambridge a dedicated convert. He was then director of the Fatigue Laboratory at Harvard Business School, which was already involved in projects very close to sociology and social anthropology, and he organized a series of seminars on Pareto.

One of the friends with whom Henderson talked about Pareto was Bernard DeVoto, who was then teaching at Harvard. DeVoto had a young tutee of the class of 32 named George Homans. He told George that he should read Pareto, and George did—‘at least the first volume’ at that time, as he later reported. DeVoto [then] introduced George to Henderson, and because George had read Pareto, Henderson asked him to help in his seminar. And that was how George spent his first year out of Harvard—as an assistant to L.J. Henderson without pay.”

In 1935, Wheeler had impressed Pareto upon his old friend David Fairchild and Mrs. Fairchild, the later of which, in turn, began translating something of Pareto’s with Wheeler’s help. [4]

“… emergence, the physicochemical, the organismal, the mental and the social. Hence, it till the advent of a few super-Einsteins, theoretical biology must stand as a combination of oppositions—a compositio oppositorum.”