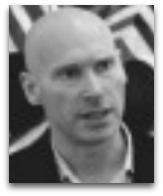 Description | Meaning
Lenkiewicz, in a 26 April 2011 interview, commented on his painting as follows: [2]

“In 19th century chemistry, the term ‘elective affinities’ was used to describe chemical compounds that only interacted with each other under determined circumstances. The writer Goethe employed this as a universal organizing [see: universal rule] agent running across human relationships and science. I was drawn to these ideas – which are now seen as degenerated methods in modern science – as relevant to language, and how we use it.

In this painting, there is an elective affinity between Alice and the rabbit where it ought not to be. They have combined as compounds in an environment (the adventure) that itself has an irrational basis. Alice is effectively married into the rabbit in much the same experimental [see: love thought experiment] way Goethe subjects Ottilie to Eduard in his novel.

It’s also very interesting to me that Carroll’s rabbit always seems to be subservient to time, retrieving a watch from its waistcoat in a world where time seems to be relative – The Mad Hatter’s tea party, for instance, is outside of time or set in extenuated time, as opposed to the rabbit’s very strict schedule. Inevitably, in the animal’s subjection to human time, a consciousness of death and time running out is reattributed to the rabbit.

I am interested in the association of humanist segregation from animalism being broken down here, where the two are communicating and experiencing the same existence in a commensurable way. There is a profound question regarding primitive societies’ relation to animals at play in the normal association of the animal being unconscious of its selfhood – somewhere in between Heidegger’s non-experiencing stone and humanities’ privileged position of holding the logos of language. Carroll breaks this down in the adventures, redistributing awareness –albeit of a human form – to the rabbit.

In the painting, the “nearness” of the rabbit to Alice has been eradicated, making them one and the same, when, within the actual adventure, they are separated by haste. The marriage is reflected by an alchemical image [see: Chemical Wedding] – a symbolic picture from an alchemical text showing a crowned man standing on the sun and a crowned woman standing on the moon joining flowers with a descending dove, which represents marriage and the union of two substances.

Above these two is a picture of Philadelphia daguerreotypist Frederick Langenheim, who experimented with The Magic Lantern. This image has floated into the painting, as it were, from a chapter of Proust’s Swans Way. The book describes a boy in his bedroom looking at a magic lantern projected onto his wall. He feels both inspired by this medieval “cinema” but also uncomfortable about being transported from his accustomed environment.

The painting is a resequencing – if you like – of all these elements and ideas that creates something new. There is a very interesting quote in Alice In Wonderland – “I can't explain myself because I'm not myself you see?” The opposite of which would be something like “I can explain myself because I am.” In proposing this statement, Alice represents what Wittgenstein would call taking “language on holiday”, giving birth to an ill-directed philosophy by asking questions outside of normal language, which always presents us with serious category mistakes regarding essentialist standpoints whenever we try to use its teleology to prove the notion of having a ‘centre’. However, it is a statement that would make absolutely perfect sense if she were part-rabbit.”

Other
Lenkiewicz also did a remake of Johann Tischbein (1751-1828)’s 1787 painting of Goethe during his Italian adventure years (see: Goethe timeline). [3]