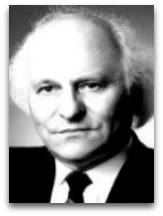 Overview
In 1971, Weidlich, in his article “The Statistical Description of Polarization Phenomena in Society” on the dynamics of opinion forming, which, according to Serge Galam, is said to be one of the founding papers of sociophysics. [1]

Weidlich’s article, in turn, stimulated the 1974 article “A Theory of Social Imitation” by American physicists Earl Callen and Don Shapero in which they suggested that the simple nonlinear model proposed by Weidlich could shed light on the tendency of fish to align in schools, birds to fly in flocks, and people to conform in fads and fashions. [2]

In 2000, Weidlich, in his Sociodynamics: A Systematic Approach to Mathematical Modelling in the Social Sciences, introduced a physics-stylized model of "sociodynamics". [4]

In 2002, Weidlich is said to have exploited the master equations of thermodynamics to develop a general theory of sociodynamics. [3] This, supposedly, is a reference to his Sociodynamics.