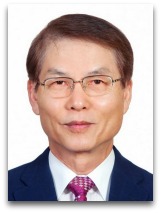 Overview
In 2015, Kim published Tango of Science and Humanities. [1]

The following are a few translations, grouped according to the Google Books key term, e.g. "hmolscience", "thermodynamics", etc., that generated the search return (as page #s are not shown), the gist of which seems to be found in their chapter 10 "Why Did the Founders of Thermodynamics Choose Suicide? Goethe’s Affinity"; a few noted translations are as follows:


Kim, of note, connects all of this to Gilbert Lewis and his Thermodynamics and the Free Energy of Chemical Substances, which he mentions in an historical sense.

Quotes | By
The following are quotes by Hang-Kim:

“I wonder if it can be made. Unlike things, the ‘molecule’ of a human being with a ‘heart’ does not know where, how to derive from Hmolscience the universal laws pursued in sciences such as chemistry, physics, and ... .”

— Kim Yu Hang (2016), Outsiders Struggle for the Search for Truth Against the Seven Pillars of Science (pg. #); alternative translation