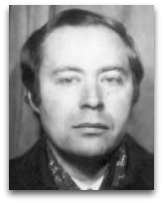 In human chemistry, Yuri Tarnopolsky (1936-) is a Russian-born American organic chemist noted for his 2009-2011 ebook Introduction to Pattern Chemistry, on the subject of what he calls “econochemistry”, in which, building on a number of previously written 55 or so essays (2001-2008), he outlines a “chemistry on the human scale” model of society and economy, arguing, using Greek philosopher Lucretius’s atomic theory as a basis, that an “economy is an assembly, separation, and rearrangement of atoms and molecules,” and that transitions such as the transformation of Russia from absolute monarchy to constitutional monarchy (1905) to republic (1917) to totalitarian (1936) to chaotic democracy (1991) to opaque authoritarian (2000) is the story of a system consisting of “essentially the same atomic human entities (his term for human molecule)” undergoing a type of chemical isomerization, similar to when propyl alcohol molecule isomers to methyl ethyl ether molecule.

Tarnopolsky speculates on the thermodynamics of these types of processes, on things such as social temperature (which he equates to social freedom), activation energy in relation to money, among other topics. [1]

Pattern Chemistry
In 2009, Tarnopolsky published Introduction to Pattern Chemistry, parts 1-3, in pdf form (followed by a part 4, in 2011), wherein he cited Goethe (1809) and Thims (2007), giving his new discovery take on the positions advocated by both. [4]

Thermodynamics | Humanities
In 1979, Tarnopolsky, owing to cold war restrictions, was refused a visa, and being cut off from his desired society with no chance of professional employment, he immersed himself into his studies, which he describes as follows: [3]

“The introduction of set theory by Georg Cantor in 1880 was one of a kind among major conceptual revolutions. While previously mathematicians had operated with numbers and points, set theory gave them the tool to deal with any objects. Since set can be not only a collection of numbers but also a collection of things, people, or ideas—and even a mix of all three—science acquired the language to talk about everything. With a hindsight, the abstract message of set theory was a promise of universal approach to the world as a whole, like in the times of Aristotle.

About the same time, thermodynamics came up with an idea of a great generality, introducing the way to measure chaos by entropy. Chaos was one of the most ancient pre-scientific concepts of humanity and it appeared quite natural to apply the idea of entropy (Rudolf Clausius, Ludwig Boltzmann) to many areas beyond traditional physics. Thermodynamics turned out to be as universal as mathematics and not just a part of theory of heat engines. For a while it had balked at the phenomenon of life, but in the twentieth century it smoothly covered the controversial area of non-equilibrium phenomena (Ilya Prigogine).

“Practically all comments to the folk tales in my collection contained references to a book by the Russian ethnographer Vladimir Propp (1971), who systematized Russian folk tales as ‘molecules’ consisting of the same ‘atoms’ of plot arranged in different ways, and even wrote their formulas. His book was published in the 30's, when Claude Levi-Strauss, the founder of what became known as structuralism, was studying another kind of “molecules:” the structures of kinship in tribes of Brazil. Remarkably, this time a promise of a generalized and unifying vision of the world was coming from a source in humanities. What later happened to structuralism, however, is a different story, but the opportunity to build a bridge between sciences and humanities was missed. The competitive and pugnacious humanities could be a rough terrain.

I believed that chemistry carried a universal message about changes in systems that could be described in terms of elements and bonds between them. Chemistry was a particular branch of a much more general science about breaking and establishing bonds. It was not just about molecules: a small minority of hothead human ‘molecules’ drove a society toward change. A nation could be hot or cold. A child playing with Lego and a poet looking for a word to combine with others were in the company of a chemist synthesizing a drug.”

“In 1979 I heard about a mathematician who tried to list everything in the world. I easily found in a bookstore the first volume of Pattern Theory (1976) by Ulf Grenander, translated into Russian. As soon as I had opened the book, I saw that it was exactly what I was looking for and what I called ‘meta-chemistry’, i.e., something more general than chemistry, which included chemistry as an application, together with many other applications. I can never forget the physical sensation of a great intellectual power that gushed into my face from the pages of that book.

Although the mathematics in the book was well above my level, Grenander's basic idea was clear. He described the world in terms of structures built of abstract ‘atoms’ possessing bonds to be selectively linked with each other. Body movements, society, pattern of a fabric, chemical compounds, and scientific hypothesis—everything could be described in the atomistic way that had always been considered indigenous for chemistry. Grenander called his ‘atoms of everything’ generators, which tells something to those who are familiar with group theory, but for the rest of us could be a good little metaphor for generating complexity from simplicity. Generators had affinities to each other and could form bonds of various strength. Atomism is a millennia old idea. In the next striking step so much appealing to a chemist, Ulf Grenander outlined the foundation of a universal ‘physical chemistry’ able to approach not only fixed structures but also "reactions" they could undergo.”

Tarnopolsky goes on to state that how he also read works of Manfred Eigen on molecular evolution, and the physical picture of the world in general, after which, in 1983, he was put in a Siberian labor camp for “defaming the Soviet system”, then released in 1986, migrating to the US the year after, where he resumed his professional career as a scientists, and began to write and publish, based on his previous notebook writings. He then began to read about complexity and in 1994 met Ulf Grenander, then a professor of mathematics at Brown University, Providence, Rhode Island.

“The idea that individual humans are atom-like entities and there is a kind of chemistry between social atoms and molecules is very natural, but whether it is more than a metaphor remains uncertain. Anyway, human chemistry has been on the marketplace of ideas for quite a while. For the history of the subject (see: history of human chemistry), see Libb Thims’ Human Chemistry (EoHT.info) and Human Thermodynamics (HumanThermodynamics.com).

The main reason why I abstain from referring to Libb Thims’ flamboyant venture other than as to a commendable review of literature is that he, apparently, uses the term chemistry too literally in the sense of molecular chemistry, while I am interested in pattern chemistry. I can only note that the very idea of human thermodynamics as a separate subject looks to me completely sound. Thus, the concept of metabolic cost (see Chapter 3.6) is part of it. Obviously, human interaction is a component of global economy.”

In the remainder of his “patter chemistry” theory, Tarnopolsky comments that only wishes to revisit the main chemical ideas of history, in the context of human chemistry, and to avoid the “humming and blinking of electronic present”, and in this sense devotes a certain amount of discussion to German polymath Johann Goethe and his 1809 Elective Affinities. [4]

Molecular | Hypocrisy
In 1996, Tarnopolsky, in the “Introduction” to his The New and the Different, freely posits that chemistry is general applicable to society and that: [3]

“Small minorities of hothead human ‘molecules’ can drive a society toward change and nations can be hot or cold.”

“The main reason why I abstain from referring to Libb Thims’ Human Chemistry is because uses the term chemistry too literally in the sense of molecular chemistry, while I am interested in pattern chemistry.”

Here, we see Tarnopolsky being a hypocrite: when he refers to people as molecules and societies being hot or cold, its OK—supposedly, because it's just metaphor—but when anyone else states that people are in fact, no metaphor, molecules, yes societies have temperatures, being respectively “hot” or “cold” gauged by social thermometers, no metaphor, and that thermodynamics quantifies all of this, it becomes nothing but flamboyancy?

“I became a dedicated chemist in my teens after I had seen a demonstration of chemical experiments, arranged at a local college for six-graders. I was hypnotized by chemical names, strange formulas, and miraculous change of color right before my eyes. Soon I was more or less familiar with the high school chemistry, very much ahead of the curriculum. Yet I was open to many other things, not necessarily bordering with chemistry. After high school I even considered psychiatry as my future career. I took up chemistry, however, and joined the Soviet academe as a professor of chemistry in Krasnoyarsk, a large city in Siberia. My bookshelves were stuffed with books on chemistry and psychiatry, but there were also physics, biology, mathematics, logic, Aristotle, Lucretius, Descartes, utopian literature. I devoured all classics of world literature.”

Tarnopolsky, in more detail, completed his undergraduate work at Kharkov Poitechnicum, completed his PhD at Moscow Mendeleyev Institute, after which he taught chemistry at Krasnoyarsk Institute of technology. In 1983, he became a “refusenick activist”, was arrested and sent to a Siberian labor camp in Chita for three years. In 1987, he immigrated to American and began working as an industrial research chemist. Tarnopolsky retired in 1999, after which he began working in the field of pattern theory, a research group founded at Brown University by Ulf Grenander in 1972, which is a type of computer algorithm based applied mathematics that looks for formation patterns, in generalized complex systems, similar to the formation of molecules from atoms connected by bonds. [2]

Religion
Tarnopolsky, in his 1993 reflection book Memoirs of 1984, about his days in the Siberian concentration camp, is described by Publishers Weekly as a “Ukrainian-born Jewish chemistry” and in the book he describes how he “finally embraces Judaism through rationalism”. Tarnopolsky, in this memoir, cites God 11+ times, the following being a few examples: [5]

“It was only much later that I learned about the Jewish tradition that strongly opposed any deliberate harm to the body. At the same time, the Jews had their own martyrs, who could sometimes prevent terrible death by repenting or converting. When one believes in God, victory and defeat are unimportant.” (pg. 30)

“I had always respected physicists, viewing them as superior beings and mediators between God and us mere mortals. Gary was the first theoretical physicists I had ever met, and he did not disappoint me. In my memory, he stands as that mediator because was my first teacher of Jewish history.” (pg. 104)

“Heresy could be detected only with the yardstick of orthodoxy. Soviet orthodoxy was shaped as a quasi-religion with Marx as God and the Spirit, Lenin as God the Father, and the party as collective God the Son.” (pg. 135)

In his online profile, Tarnopolsky summarizes things as follows: [2]

“My very first religious book in atheist Russia was the Buddhist Dhammapadha. It deeply imprinted me for life. Five years later, at the age of 25,I accidentally found the Gospel. I managed to get access to the Bible only at 40. At 45, I learned about the Judaism ofTalmud. ‘Jew’ in Soviet Russia meant not religion but ethnicity.”

(add)
-
Quotes | By
The following are quotes by Tarnopolsky:
-

“On human molecules (2016): Hmolpedia (eoht.info), an A to Z Encyclopedia of
Human Thermodynamics, Human Chemistry, and Human Physics, is a unique, rich venture.”