In equations, the Alley equation, or NO JOB = NO PU$$Y (dollar signs used here to circumnavigate the vulgar slang software filter), or mathematically:

In verbal terms, as found in the title of the popular 1970 song by Italian singer Adriano Celentano:

“Whoever does not work, does not make love.”

or, as found in lyrics, "He who does not work, does not make love, my wife told me yesterday" ... as the song goes. [13] In less-offensive, albeit inspecific mate selection prerogative terms:

The first equation version, shown above, classified as a type of colloquial street physics logic, is referred to here as the "Alley equation", for lack of a neutral term, being that the equation is found on shirts made by the popular Chicago biker clothing and tattoo store The Alley

, which equates to the shorthand logic that a woman is not going to have sex with a man without a job or money yielding work output.

In more "academically-neutral" terminology, American evolutionary psychologist David Buss, in his 1994 Evolution of Desire: Strategies of Human Mating, puts it like this: [12]

“The seriousness of the male’s lack of economic providing is illustrated by the report of a woman in her late twenties who participated in a study of marital separation: ‘My husband lost a series of jobs and was very depressed. He just couldn’t keep a job. He had a job for a couple of years, and that ended, and then he had another for a year, and that ended, and then he had another. And then he was really depressed, and he saw a social worker, but it didn’t seem to be helping. And he was sleeping a lot. And I think one day I just came to the end of the line with his sleeping. I think I went out one night and came back and he hadn’t even been able to get out of bed to put the children to bed. I left them watching television and there they were when I came back. The next day I asked him to leave. Very forcefully.’”

The Alley equation, shown on the woman's shirt adjacent, went semi-viral, when on 17 May 2013 WGN News Chicago aired a short video clip entitled “Morning News Giving Away Free Crap on Clark and Randolph” in which sports anchor Pat Tomasulo talks with a woman named Lisa, who is in line to get free stuff, after which the video and photos of Lisa and her "NO JOB = NO PU$$Y" shirt, shown adjacent, began to fan out around the Internet, found and discussed over the course of the next month on sites such as Break.com and BarstoolSports.com, with thermal word themed thread comments such as: [4]

among other equation provoking dialog. The term ‘coal burner’, mentioned here, a 1970s originated term for a white woman who has sexual relations exclusively with black men. The reference to the woman as a "coal burner", racial differences aside, gives feel into the notion of sex as a type of human combustion reaction (see: combustion), such as theorized about in the works of German polyintellect Johann Goethe's 1796 human chemical theory, Russian geochemical mineralogist Vladimir Vernadsky's 1926 "pressure of life" green fire theory, or Chinese ecological economist Wenyuan Niu's 2001 social combustion theory.

Etymology
The no job = no sex equation (Alley equation), seems to be a variant of the older 19th century or earlier proverb: [1]

A semi-recent variant of this seems to be the "no job, no money, no girlfriend" saying, such as found on the following 2009 photo of wall graffiti poetry, below left, found written on the wall of an abandoned building in Bagamoyo, Tanzania, Africa, or as found on the SomeEcards.com image, below right: [2] 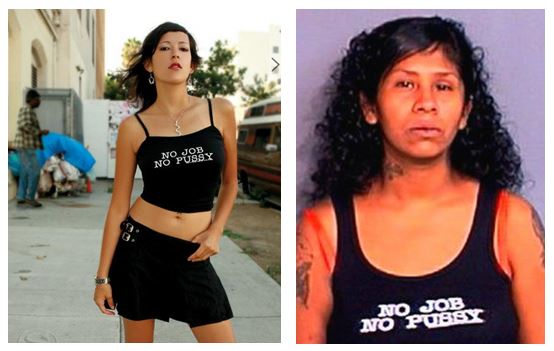 One film that seems to well capture the nature of the Alley equation is the 2011 film Limitless, wherein the opening scenes a non-producing writer is dumped by his girlfriend for not having a job, after which he takes a fictional psychoactive pill called NZT which increases his mental ability allowing him within the course of one week to climb to the top of the occupational ladder, after which he begins having lots of sex with many women after which his girlfriend comes back to him. The opening breakup scene from the film is shown below:

namely that a man with a job will have more access to sex, the magnitude of sex, whether in quantity or quality, increases proportionately in respect to the magnitude of the job. Alternatively, as explained in the 1983 Scarface, quote shown adjacent, the formula looks more along the lines of a flow chart:

In terms of quantity, the apex example would be American professional basketball and reaction existence long bachelor player Wilt Chamberlain (1936-1999) who in his 1991 autobiography A View From Above, devoted an entire chapter to sex, in which famously claims that over the course of his 40-years worth of sexual activity, from 1951, age 15, to 1991, that he was closing in on 20,000 woman, which at a conservative estimate (15,000) would imply that he had sex with 375 woman a year on average, or about 1.2 woman per day. [11]

In terms of quality, 1967 film Guess Who's Coming to Dinner, the lead male of which is specifically scripted to be an ideally perfect male, done so specifically to make the focus on racial difference acute or the sole factor to objecting to marriage, whose background check by the parents of the female he is planning to marry yields the following results: [6]

The following is the dialog where the mother probes the daughter about there sexual level of their relationship:

"Joey, I want to ask you something. How deeply are you and John in... No, I have no right to ask. How deeply involved? Do you mean, have we been to bed together? I don't mind you asking me that. We haven't. He wouldn't. I don't think he was in doubt about my feelings, but he wouldn't."

Discussion
The Alley equation (no job = no sex) seems to well-capture some type of yet-unspecified scientific law.

In 1974, American chemist, mathematician, and statistical mechanicist Elliott Montroll, in his Introduction to Quantitative Aspects of Social Phenomena, coauthored with Wade Badger, employ a certain number of humans to molecules comparisons, which as of 2011 is the "correct" textbook thermodynamic way humans are supposed to be viewed (Advanced Engineering Thermodynamics, 2011) (see: human molecular formula), and in one section of this book give the following formula for the total kinetic energy of the

molecule in a system, being supposedly a socioeconomic system: [10]

This is pretty decent logic. Here, Montroll seems to be making a reference to the Pareto principle of wealth distribution. Likewise, the statement that every family has someone with an annual income (money paid for services), is but a academic restatement of the Alley equation street logic rule of thumb:

In other words, a person, typically male, being that human socioeconomic systems are non-aqueous (in the aquatic world roles tend to be reversed, since eggs can be laid on the sea floor, and watched by males), with a job, occupation, or trade will have strong tendency to have sexual intercourse, which can be defined as a combination reaction:

in the first step of the mechanism, which will be quantified and governed by a free energy change (see: human free energy; human free energy of formation), composed of enthalpy and transformation content energy changes. Of these sexual combination reactions, 85 percent will result in reproduction, which in human chemical reaction formulation, in overall mechanism, double displacement reaction, will accrue, and attached family will be a product of the reaction, and accumulated money, according to Pareto's principle will result.

Flow theory
The Guess Who's Coming to Dinner example, seems to be well quantified by American evolutionary psychologist David Buss' circa 1993 noted sexual proposition study, conducted with graduate student Jennifer Semmelroth, wherein 213 college women were polled, half of which (N=109) were asked how flattered the would feel by being persistently asked out on a date by various men, differing by occupation, shown below, the other half (N=104), were asked how upset they would feel by outright sexual proposition by various men, similarly differing by occupation, on a Likert scale of 7 being 'most upset' to 1 being 'least upset', the results of which are shown below, with the guesstimated inclusion of the occupationally-perfect idealized male Dr. John Wayde Prentice Jr., from the 1967 film Guess Who's Coming to Dinner and and an occupationless homeless man: [7]

In terms of energy flow, coupling theory, and branching family reproduction reaction paths or networks, there might be something here found related to Romanian-born American mechanical engineer Adrian Bejan’s 1997 so-called “constructal law” of branching flow systems, which he describes as follows: [8]

“For a finite sized flow system to persist in time (live or survive), its configuration must evolve (change in time) in such a way that it provides easier and easier access to the currents that flow through it.”

“Everything—from biological life to inanimate systems—generates shape and structure and evolves in a sequence of ever-improving designs in order to facilitate.”

Namely, there might exist some type of connection to the Bejan flow theory and the structural nature of how connective family trees of human sexual reactions, governed by the Alley equation, yield fruitful human reproduction reactions (see HCR theory), that grow or branch outward on the surface of the earth, in some type of mechanistic way, from the flow source (man with big job), such as depicted adjacent, for trees and lightening bolts. In other words, someone such as a "Rockefeller" or a "Gates" is going to have a lot of Alley equation energy flow, and this energy flow will need to find venting outlets, which may tend to actuate in the form of lightening bolt like family branching social mechanism lineages, possibly quantified by the Bejan flow theory, of geometrically decreasing branching size with distance from the flow source.