In genius studies, college degrees by intellectual difficulty refers to []

Overview
In c.1991, Libb Thims, via research in the education section a community college library, had determined that chemical engineering and neurosurgery were colloquially considered as the most intellectually difficult degrees to pursue, study, and obtain.

In 2002, Thims, in a study of physical attractiveness (beauty) vs. intellectual ability (brains), in efforts to find quantifiable proof behind Beckhap’s law (see: Beckhap’s law proof), had 14 college students rank the “intellectual difficulty” of the 90 degrees obtained by female students of the 1969 and 1970 graduating classes of the University of Illinois, Chicago, on a scale of 1 “easiest” to 100 “hardest”, the results of which are shown below: [1] 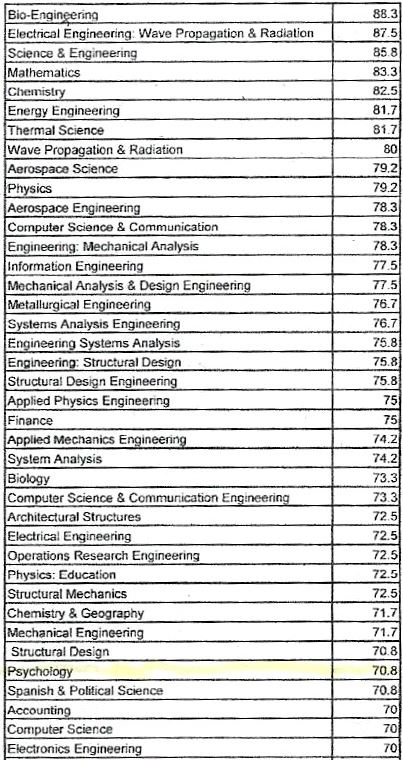 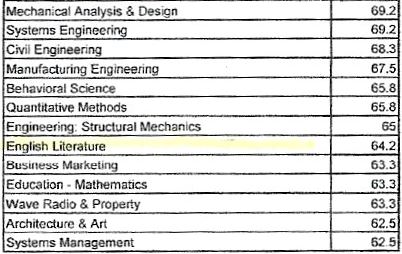 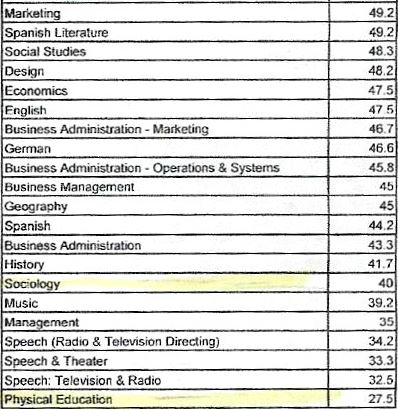