In thermodynamics, power is defined as energy, e.g. work, exchanged between a system and its surroundings per unit time; rate at which work is done per unit hour, quantified in unit watts or “joules per second”, which has dimensions of mass·length²/time³, based on the horsepower experiments done by Matthew Boulton and James Watt in 1783. [1]

Overview
Power, in terms of the principle of the transmission of work, is defined as follows:

In words, to quoted:

In equation form, the work performed by the force moving a body per unit time, reads as follows:

the rate at which work is done or energy transferred, between a system and its surroundings, per unit time. [2]

To exemplify "power dualism", the 2005 book A Most Damnable Invention: Dynamite, Nitrates, and the Making of the Modern World, cover shown below, by American non-fiction historian Stephen Bown, visually depicts a “powerful” dynamite explosion, while the book charts the invention of dynamite by Swedish chemist Alfred Nobel—who became “one of the richest men in a society rapidly transforming under the power of his invention”, as the description states—to the “nitrogen problem” of German physical chemist Fritz Haber; the two term usages “powerful cover explosion” and “powerfully transforming society” giving way to the double entendre nature of thermal word crossover issue found in the so-called "two cultures dualism problem", as exemplified here, i.e. power interpreted in two ways, depending on culture, whereas in reality, there is only one power, just as Goethe professed over two centuries ago how "there is, after all, only one nature." [9]

To explain by way of comparative example, the following is the chemical equation for the detonation of nitroglycerin, the nitrate ester forerunner to the invention of dynamite, which is a more stable variety compared to the former: [10]

The thermal decomposition of nitrate esters mainly yields the gases molecular nitrogen (N2) and carbon dioxide; in the case of nitroglycerin, a large liquid-to-gas state conversion, accruing via a process in which a large measure of pressure-volume work change occurs. The considerable chemical energy of the detonation is due to the high strength of the bond in molecular nitrogen—the following table, for example, shows the bond energies for various types of nitrogen bonds: [11] 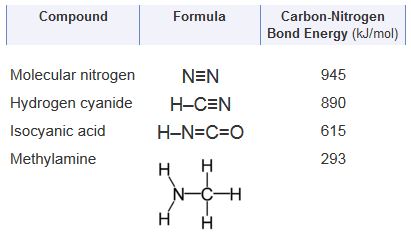 When this model is scaled up to the social level, e.g. of a society (initial state) rapidly transforming, to a newly evolved society (final state), under the "power of an invention", one immediately runs into a large number of conceptual reinterpretations that need to be learned, in regards to humans viewed as reactive exploding chemicals, in possession of various amounts of social bond strength, per social entity, structure, or given society. We do not, for example, have tables of bond-dissociation tables for various social entities, configurations, and structures, the way we do for smaller molecules and compounds. [11]

Within the body, to give some relative comparison, phosphorous, and the various phosphate bonds it is able to make, e.g. with ATP, plays the role of nitrogen in nitrate explosives, found in mitochondrion, the so-called "power center" (or "cellular power plant") of the cell. Their similar

At a minimum, in the social power direction, one firstly has to come to grips the nature of the theory of the human chemical bond, though many (e.g. Philip Moriarty) will outright deny that such bonds exists (see: Moriarty debate: #61, 75, etc.), the way we presently understand the nature of the high strength of the bond energy in molecular nitrogen. From here, one can then progress to a better conceptual and quantitative understanding of the explosive nature of social power, as we understand the explosive nature of gun powder or dynamite, quantifying the latter, thermodynamically, in horsepower, e.g. when employed in devices or engines, such as the gunpowder engine or the combustion engine (see: combustion).

In 1597, English polymath Francis Bacon, in his Sacred Meditations, famously stated “knowledge itself is power”.

In 1665, English chemist-physicist Robert Boyle, in his New Experiments and Observations Touching Cold, was referring to the "power of cold" in semi-modern quantitative scientific terms. [5] To cite one example: (Ѻ)

“We come now to consider in what line of direction the refrigerating power of cold bodies acts with the greatest force, or to the greatest distance. That heat diffuses itself principally upwards, is a known doctrine, and usually holds true; whence it might be suspected, that cold had its tendency chiefly downwards.”

Boyle, in one experiment, in measuring the work of the power of cold, discovered that a weight of 72-pounds was required to prevent expanding ice from pushing out a cork. [6]

Power defined as "energy available for work", supposedly, is from 1727. [4] This, however, sounds dubious, as work was not technically defined until 1824 (by Gustave Coriolis).

In 1783, the term "horsepower" in units was standardized, by engineers Brit Matthew Boulton and Scot James Watt, as 33,000 foot-pounds per minute, meaning that this was the amount of mechanical effect (pounds raised in height) that the average “brewery horse” could produce in one minute (see: mechanical equivalent of heat). [5]

In 1824, French physicist Sadi Carnot was using the term "motive power" as a synonym for what we know define technically as "work" or weight lifted through a height or force moving a body through a distance.

In 1882, during the second congress of the British Association for the Advancement of Science, the “watt”, named in honor of James Watt, was recognized as the derived unit of power.

Hmolscience
The physical model of power applied to the humanities, produces a number of conceptual terms, including: social power, political power, economic power, will to power, the "money, power, respect" theory of gangster philosophy, sexual power, among others. [8] The famous image of a female holding a sledgehammer image—meant to “encourage women not to turn a blind eye from patriarchal realities—is representative of the theory or logic, according to Boundless.com, that: [12]

“The tendency of men to hold more social power has resulted in an inequality in the amount of social power women hold.”

In 2011, Australian political and social scientist Keith Dowding, in his Encyclopedia of Power, covered a wide range of usages of power-like concepts in the social sciences and humanities; of humorous note, Dowding ironically focuses on the term “power” as a central concept in the social sciences, but is nearly devoid of any notion of how physics or thermodynamics defines power; thought it does cite a few thinker’s views on power such as: James Coleman or Pierre Bourdieu—this being but the a ripe modern example of two cultures atrophy. [3]

The "knowledge is power" aphorism is attributed to Francis Bacon who, in his 1597 Sacred Meditations, stated “knowledge itself is power”, which later became truncated by Thomas Hobbes, Bacon’s former secretary, in his 1651 Leviathan, as “knowledge is power” or scientia potential est, in the original Latin. [14]

The "wealth is power" aphorism, according to Adam Smith, is attributed to Hobbes:

The beauty is power proverb comes later and is frequently attributed to English naturalist John Ray, an avid collector and publisher of English proverbs—the most popular modern rendition of which is:

“Beauty is power; a smile is its sword.”

The original source of this exact quote, however, remains to be determined; one version, from a 1737 collection of his proverbs, reads: [15]

“Beauty is potent, but money is omnipotent.”

In the same work, Ray also gives the inquisitive proverb: “the prerogative of beauty proceeds from fancy.”

Belief
The idiom that "belief is power" seems to have been first stated by Mill:

“One person with a belief is a social power equal to ninety-nine who have only interests.”

Of note, belief in a higher power, as captured in the Apostle's creed (c.390) has growingly been, since the late 19th century, to become supplanted with atheists creeds; according to which, per Millian (Ѻ) social power logic, monotheism is losing power, while zerotheism is gaining power.

Here, in respect to the equivalency of powers being outlined above, in some sense, we may be getting a glimpse of a potential concept, in some way or another, of how there may exist some type of checks and balances of powers in society, e.g. the way beauty may give checks and balances to knowledge (see: Beckhap’s law) or separation of powers, below.

The following are the results of a 2013 survey of 40 people (20 men and 20 women) as to whether their opinion on which of the following two statements: "beauty is power" or "knowledge is power" has more power in the structure of society as a whole:

Separation of powers
The “separation of powers” model of governance, wherein power is divided in three, namely between the legislature, executive, and judiciary branches, supposedly, is based on Newtonian mechanics, via American 4th president James Madison and the so called "Princeton school" of social physics (see: Princeton department of social physics), a theory later critiqued by American 28th president Woodrow Wilson, who argued that it wasn't Darwinian enough: [17]

“The Constitution was founded on the law of gravitation. The government was to exist and move by virtue of the efficacy of ‘checks and balances.’ The trouble with the theory is that government is not a machine, but a living thing. It falls, not under the theory of the universe, but under the theory of organic life. It is accountable to Darwin, not to Newton. It is modified by its environment, necessitated by its tasks, shaped by the sheer pressure of life.”

The recent lecture "Newtonian Mechanics and Romanian Constitution Reform" by Romanian physicist Radu Chisleag grapples with some of this in terms of stability, instability, balances of forces, and Newtonian mechanics. [18]

“Whatever some hypocritical ministers of government may say about it, power is the greatest of all pleasures. It seems to me that only love can beat it, and love is a happy illness that can't be picked up as easily as a ministry.”