In science, a unit is one of a number of agreed upon forms of measurement for describing amounts of quantities. There are three categories of units: base units, supplementary units, or derived units. The system of agreed upon units in science is what is called the system international (SI) unit system, which is comprised of seven base units: mass (kg), length (m), (s), amount of substance (timemol), electric current, (A), temperature (K), and luminous intensity (cd). [1]

History
The introduction, usage, and uniformication of units in the history of science has a long and tattered history.

K: The absolute temperature scale was introduced in 1848 by Scottish physicist William Thomson, in which –273 ° C was determined to be the lowest possible temperature achievable at which point a gas was said to have zero volume. [3] In 1850, Thomson's scale began to be employed in the formulation of the newly forming science of thermodynamics by German physicist Rudolf Clausius; and in 1854, through a bit of derivation and argument, Clausius assigned Thomson’s thermodynamic scale with the name “absolute temperature”. In 1866, for his year previous work in laying the transatlantic telegraph cable, Thomson was knighted as “Baron Kelvin” of Largs by Queen Victoria, after which, to the lay public, he became known as “Lord Kelvin”. Into the late 1890s, such as found in Pears Cyclopaedia (1897), the unit of ‘° K’ was in use, being referred to as the “Kelvin temperature scale” or “Kelvin’s absolute scale of temperature”, among other variants. [4]

Thermodynamic quantities
In thermodynamics, there are various "quantities" each being a type of derived unit made of base units. The five principle quantities are the energy U, entropy S, volume V, temperature T, and pressure P of a body. Quantities can be either “intensive”, defined uniquely per point in space, or “extensive”, proportional to the dimension of the system.

Relationship table
The following table, from the 1976 US National Bureau of Standards, shows relationships between the SI units with names, supplementary units, namely plane angle (rad) and solid angle (sr), and derived units with special names: [1] 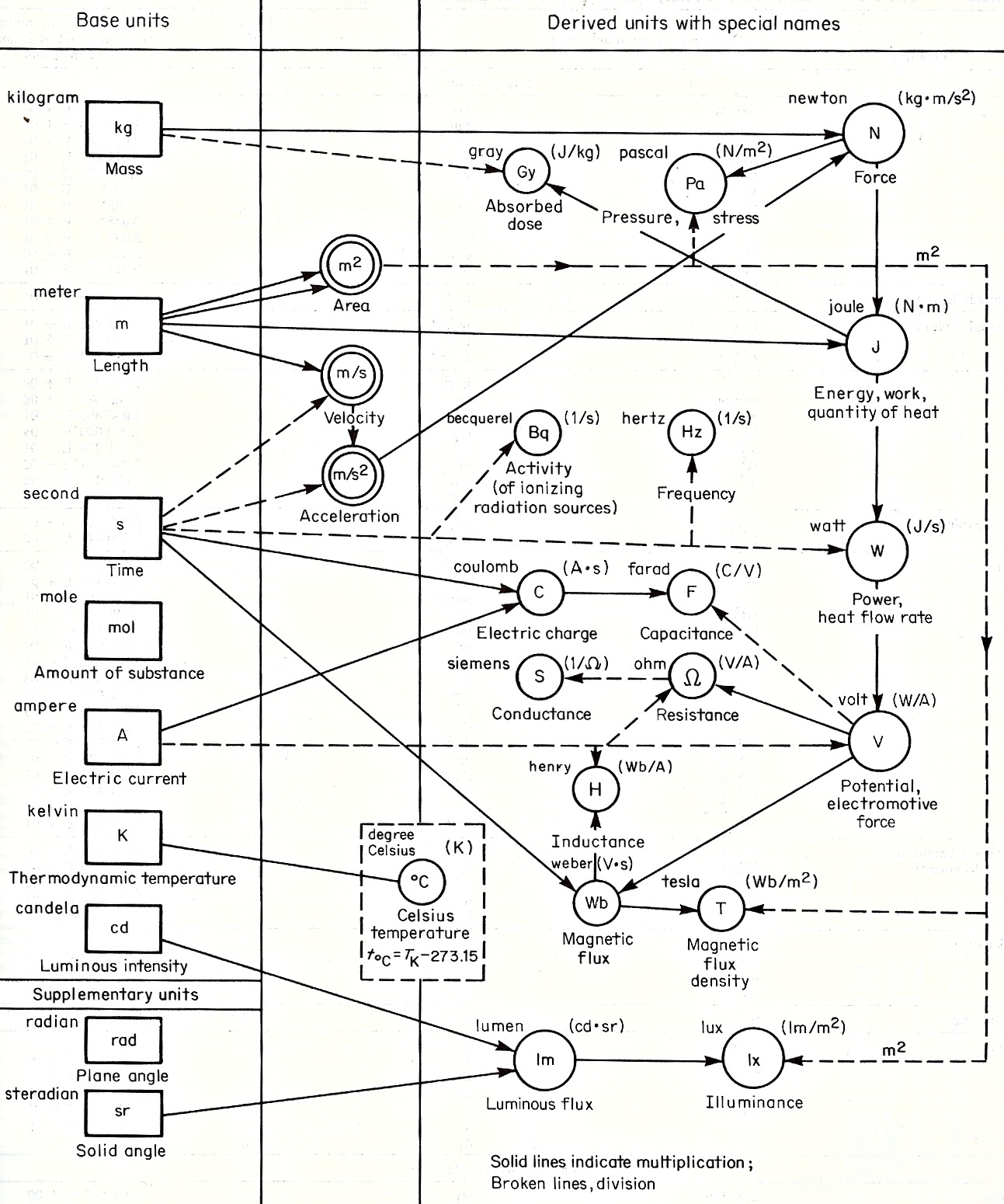