Critias reductionism
In 3,100BC, most people, such as the Egyptians, were "polytheists", i.e. believed in multiple gods; as illustrated below, via caricature of some semi-modern active gods (Gott, Allah, and Jahwe) and historical non-active gods (Odin and Jupiter):

“Critias seems to be from the ranks of the atheists when he says that the lawgivers of ancient times invented god as a kind of overseer of the right and wrong actions of men. Their purpose was to prevent anyone from wronging his neighbors secretly, as he would incur the risk of vengeance at the hands of the gods.”

In time, on this so-called "Critias hypothesis", i.e. that gods were invented to justify laws and justice, the premise of there existing different gods, in say two different states, e.g. two the 42 nomes or state capitals of ancient Egypt, regulating regions that were found to have the same laws, intellectual conflict resulted, and therefrom, the move to "monotheism", i.e. belief in one overarching lawgiver or god resulted, which occurred in the years 300BC-800AD; as illustrated below:

Likewise, in the years 1700-2300AD, as initiated by Jean Meslier (1729), among the chronology of famous atheists, a switch from monotheism, i.e. belief in one god, to “zerotheism”, i.e. belief in zero gods, began to actuate; as illustrated below: 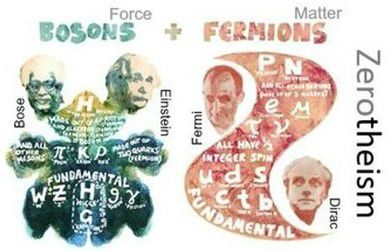 In 1802, Pierre Laplace famous told Napoleon Bonaparte (see: Napoleon Laplace anecdote) that he no need of the hypothesis of god for celestial mechanics; the other sciences began to follow suit in the decades to follow (see: year god was disabused from science).

“If we are honest — and scientists have to be — we must admit that religion is a jumble of false assertions, with no basis in reality. The very idea of God is a product of the human imagination. It is quite understandable why primitive people, who were so much more exposed to the overpowering forces of nature than we are today, should have personified these forces in fear and trembling.

But nowadays, when we understand so many natural processes, we have no need for such solutions. I can't for the life of me see how the postulate of an Almighty God helps us in any way. What I do see is that this assumption leads to such unproductive questions as why God allows so much misery and injustice, the exploitation of the poor by the rich and all the other horrors He might have prevented.

If religion is still being taught, it is by no means because its ideas still convince us, but simply because some of us want to keep the lower classes quiet. Quiet people are much easier to govern than clamorous and dissatisfied ones. They are also much easier to exploit. Religion is a kind of opium that allows a nation to lull itself into wishful dreams and so forget the injustices that are being perpetrated against the people. Hence the close alliance between those two great political forces, the State and the Church. Both need the illusion that a kindly God rewards — in heaven if not on earth — all those who have not risen up against injustice, who have done their duty quietly and uncomplainingly. That is precisely why the honest assertion that God is a mere product of the human imagination is branded as the worst of all mortal sins.”

“Any further assumption implied by belief in a God which one may have in one’s faith is inadmissible from the point of view of modern science, and should not be needed in a well-organized society.”

In Jul 2015, American electrochemical engineer Libb Thims, amid drafting the online manuscript for book Morality Squared, began using the term "zerotheism", as "fill-in-the-blank" term to complete the Critias hypothesis reduction from "poly-theism" (3,100BC) to "mono-theism" (300AD) to "TERM-theism" (2015), and therein began to use "zero" being that the Greeks had no name for the concept of the zero, as they do for the other Greek prefixes.

In 10 Aug 2015, Libb Thims, and Atheism Reviews co-host Thor, gave the "Zerotheism for Kids" lecture, anchored in the term "zerotheism", defined as follows: [1]

“A zerotheist, aka a “smart atheist”, is someone (e.g. Paul Dirac, 1945) who believes (a) that zero gods exist, (b) that universe is comprised of fermions (matter) and bosons (forces), interacting, and (c) there is a rhyme and reason to why people dance (something Dirac couldn't understand); which can be compared to a polytheist (e.g. Hindus or ancient Egyptians), who believe that multiple gods exist, or monotheist (e.g. Christians or Muslims), who believe that one god exists.”

wherein both Thims and Thor explained to the kids that they were "zerotheists".